COVID-19 UPDATE:
Our office is open and we are taking precautionary measures during this time. Continue to maintain your social distance, eat well, exercise and please stay healthy!
Call our office for more information 310-273-1663

Excellent care &
commitment
to your Results 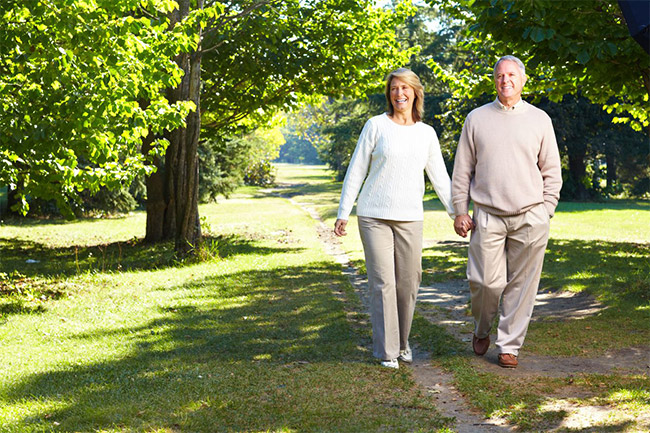 Aesthetic breast reconstructive surgery is a very important part of the healing process for mastectomy patients. The skill, compassion, and artistry of your plastic surgeon greatly affects your recovery and outcome. Breast reconstruction following mastectomy has been a passion of internationally known, double board-certified Beverly Hills plastic surgeon Dr. Jay Orringer for more than 30 years.

He considers it a privilege to share in the healing journey following mastectomy and reconstruction.

In general terms, breast reconstructive options include the use of breast implants, the use of the patient’s own tissues (autologous tissue) or a combination of the two (a hybrid reconstruction). Implant procedures are simpler, but generally less natural than options that use your own tissues. In addition, implants require maintenance (replacement) over time. Transfer of tissue often involves the use of excess tummy tissue. The tissue usually discarded in a tummy tuck is, instead, used to create a soft, permanent new breast using techniques of microsurgery to perform the transfer. When the transferred tissue is taken from the abdomen, this is called a DIEP flap. Many patients are pleased with the tummy tuck effect. When tissue is transferred from the upper buttock it is called an SGAP flap. This results in a more lifted buttock.

Many mastectomies today are done with nipple-sparing, and the reconstructions often look much more natural as a result. Whether the reconstruction requires two or more steps depends upon the type of reconstruction and the first-stage result. Dr. Orringer will spend considerable time with you discussing a variety of options and helping you to arrive at an individualized plan with which you are most comfortable.

Perfect symmetry cannot be achieved. However, in the unilateral (one-sided) reconstructive setting, use of one’s own tissue often produces the best symmetry, possibly with a lift on the opposite side. If an implant is used to reconstruct one breast, augmentation of the opposite remaining breast will often be recommended to improve overall symmetry.

Be sure to view our Before and After Photo Gallery showing real patient results.

Please contact Dr. Jay Orringer for more information, or to schedule a consultation.

“Dr. Orringer, you surpassed my expectations, and those I was afraid to hope for. The result is something I never dreamt could be. You have changed my life in so many ways. I cannot express in...

“Your office is the happiest place on earth.  Thank you for making me feel beautiful and special throughout my transformation.  Thank you for giving me peace-of-mind and helping to transform me...

Please fill out the form or give us a call.

Where Will Scars Be Located After Tummy Tuck?
Will Plastic Surgery Affect My Breast Sensitivity?

Why Is It Important to Choose a Qualified, Experienced Plastic Surgeon for Mommy Makeover?

What Happens to the Belly Button with a Tummy Tuck?
Activity after Breast Augmentation: Helpful Suggestions

How Menopause Affects the Breasts

Tips for Sleeping after a Breast Procedure

Things You Should Know Before Getting a Tummy Tuck

Areas Where Liposuction Works Most Effectively

When Is It Appropriate to Combine Breast Lift and Breast Augmentation?

When is the Right Time for Body Contouring?

After Mastectomy, When Might You Consider Using Your Own Tissue to Reconstruct Your Breast?

Am I a Candidate for Breast Lift?

What is Autologous Tissue Breast Reconstruction?
How Does Smoking Affect Healing From Breast Reduction Surgery?

Exercising After a Breast Lift

Can a Tummy Tuck Get Rid of Stretch Marks?

Am I a Candidate for a Mommy Makeover?

Body Contouring Procedures After Pregnancy and Weight Loss
Might I Benefit From Breast Reduction Surgery?
Breast Augmentation Revision Surgery
Why Winter May Be an Ideal Time for Plastic Surgery

What Can I Expect on the Day of My Tummy Tuck Surgery?

Julia Louis-Dreyfus’ Surgeon Dr. Jay Orringer Thanks Both Her & Saks Fifth Avenue for Their Support of the AiRS Foundation
An Overview of Breast Reconstruction

Breast Reduction at a Glance

Quiz: Is Liposuction or a Tummy Tuck Right for Me?
When Should I Consider Breast Reduction?

Quiz: Am I a Good Candidate for Breast Reduction?
Tummy Tuck and Liposuction: Making the Best Choice
What Type of Breast Reconstruction Is Right for Me?

Assessing Hereditary Breast Cancer Risk
The Common Postpartum Issues No One Talks About and What You Can Do About Them
When May Breast Lift Be Your Best Choice?
Look Your Best for Summer Wedding Season

Improving Breast Size, Shape, and Asymmetry with Plastic Surgery
Which Type of Tummy Tuck Is Right for Me?

How Soon After Childbirth Should You Consider a Mommy Makeover?

Are Breast Reduction Results Long Lasting?
What Time of Year Is Best for Your Mommy Makeover?: Factors to Consider
Natrelle® Releases New Round "Gummy Bear" Implant

How Long Is the Recovery Time after Breast Augmentation?
Quiz - Is it Time for a Breast Reduction?
What are the Different Types of Breast Augmentation Options Available?
Will My Scars be Visible after a Tummy Tuck?
Warning Signs of Breast Cancer
Will Future Pregnancies Impact My Breast Augmentation Results?
Dr. Orringer Teaches Course on Nipple-Sparing Mastectomy Reconstruction at National Plastic Surgery Meeting in Los Angeles

When should I Consider a Facelift instead of Non-Surgical Facial Rejuvenation Options?
Am I a Candidate for Breast Reconstruction?
Mini Tummy Tuck vs. Full Tummy Tuck
Infographic - Am I a Breast Lift Candidate?
Shannen Doherty’s Brave Battle

What Procedures are Included in a Mommy Makeover?
VIDEO: Am I a Candidate for Liposuction?
VIDEO: Dr. Orringer's Qualifications as a Breast Reconstruction Specialist

VIDEO: Types of Tummy Tucks
Breast Augmentation vs. Breast Lift: Which is Right for Me?
VIDEO: Will I Need to Replace my Breast Implants?

VIDEO: How much Younger will I Look after a Facelift?
Is a Facelift Right For Me?
VIDEO: Is Breast Augmentation an Outpatient Procedure?
Patient Education is Key in Understanding Breast Reconstruction Options

How will a Tummy Tuck Impact Future Pregnancies?